Are you a poker enthusiast and want to start playing? Then you have to learn about online poker games and the essential hands. In poker, the players make sets of 5 cards known as hands. As per the game rules, each card has a rank compared to the rank of other hands. Here are poker hands and what they do.

The Royal Flush is the strongest and best hand in different types of poker games. It comprises five consecutive cards of the same suit from 10 to Ace. You can make a royal flush in four ways in a standard deck. The royal flush is the rarest and best poker hand you can ever get.

It’s a hand that consists of a five-card sequential suit that’s not a royal flush. An example is 4♥️5♥️6♥️7♥️8♥️. It’s a poker hand that most players have gone their entire careers without seeing. When a player has this hand, solely a royal flush or a straight Flush, including high-ranking cards.

Four of a Kind

Three Of A Kind

However, you need to know that in community games like Texas Hold ’em, three of a kind can be a set if it consists of a pocket pair and a third card onboard.

There you have it. These are the most common poker hands, starting with the strongest. Having any of these in your hand can help you enjoy and win at poker.

Read Also: What are the things to look for on streaming laptops? 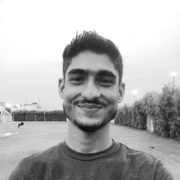 Online Casino Slots – Popular Games You Can Play at Slotx

7 Reasons Why Rummy is fun to Play

What are the things to look for on streaming laptops?